Benefits of going on an escorted or guided tour...

There! The Sydney Opera House

By: John Geysen and Collette Vacations

On a peninsula, jutting into the harbour rests the gleaming white curves of the iconic, shell-style  Sydney Opera House, a UNESCO World Heritage site. This amazing structure, designed by Danish architect Jørn Utzon, has been described by UNESCO as a “masterpiece of 20th century architecture.”

After an earlier behind-the-scenes look at this acoustic marvel, you already know why the Opera House remains the busiest performing arts venue in the world. Now see it in all its glory as you cruise spectacular Sydney Harbour. Both of these famous landmarks have been featured in various movies and children's flicks - like the 2003 Disney-Pixar movie, Finding Nemo.

If you are ready to experience some of the most mind blowing scenery in the world, then it is time for you to visit Iceland on The Wonders of Iceland tour. Travel to an island of dramatic contrasts with landscape forged by fire and ice. Witness steaming lava fields and hot pools that reflect its volcanic nature while massive glaciers continue to sculpt the mountains and valleys. After touring the fascinating city of Reykjavik filled with shops and museums, venture to the Golden circle, 190 miles of land that include the hot springs of Geysir, fertile pastures and glacial rivers of Thingvellir National Park, and the hammering Gullfoss waterfall.

During the trip, your eyes will feast upon numerous geographical wonders ranging from floating icebergs to lava fields. There will never be a dull moment as you gaze upon the wildlife such as the Puffins and horses that descended from those brought by the Vikings.

Enjoy the shores of the peninsula while visiting the charming fishing villages and if given the opportunity, going on a whale watching cruise. Ultimately you will not regret your decision to vacation to this geologically brilliant location.

I don't think Barry Manilow had this in mind when he wrote "Copacabana."

Looming above Rio de Janeiro’s most famous beach, the Copacabana Palace would 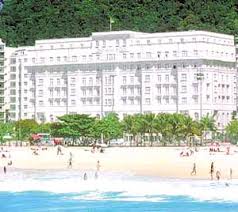 have to be one of the world’s most infamous celebrity hotels. Modeled on the glamorous resorts of the Riviera, it opened in 1923 and soon became the place to stay for Hollywood stars and European aristocrats during Rio’s “golden age.” When Orson Welles took a suite here in 1942 with the Mexican actress Dolores del Rio while filming a documentary on Brazil, It’s All True, high drama ensued on and off the set. The couple fought constantly, and Welles drunkenly threw the room’s entire furnishings from the window into the swimming pool below. Fifteen years later, in 1957, another room in the Palace was trashed by a movie star, this time Ava Gardner, who was heart-broken by the break-up of her marriage to Frank Sinatra. (No doubt her mood was not improved when, at one ball, an over-enthusiastic Brazilian admirer came up behind her and tore the back off her dress; when she checked out, her room was found to be strewn with whiskey bottles, the mirrors were broken and furniture slashed). By this point, staff at the Palace had become accustomed to volatile scenes from its upper crust clientele. The newly-divorced Prince of Wales also became so drunk that he went fishing in the fountain, and Lana Turner was at the Copa when she heard that Howard Hughes had dumped her to marry Jean Peters, pushing her to a nervous breakdown. Today, the Copacabana Palace still dominates the city’s iconic beach. Visitors can still stroll into the splendid lobby and ask to see the “golden book,” a guest register filled with famous names from the glorious past: Errol Flynn, Margot Fontayn, Douglas Fairbanks Jr., Clark Gable, Marlene Dietrich, Anita Ekburg, Brigitte Bardot and Brazil’s first international sex symbol, Carmen Miranda. Carrying on that grand tradition, Copacabana Beach remains an exhibitionist’s paradise – the spot to flaunt your latest eye-popping thong and then samba all night while sipping caiparinhas (a potent mix of lemon, sugar and cane brandy called caxaça). But be careful. As Orson Welles would tell you, they really pack a punch.

Africa: Birth of the Safari

Perhaps the most influential expedition is the least known today. 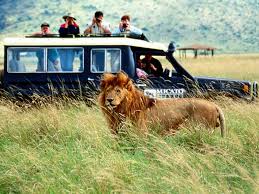 Cornwallis Harris, who crossed the Transvaal of South Africa in 1836 in an ox-wagon, sketching gemsbok and stalking kudu. But the word “safari” only appeared in the English language in the late 19th century. Its origins were Arabic: safara, to unveil or discover, before becoming safari, the Swahili noun for any journey, which was adopted in English for any long ‘sporting expedition’ in Africa. Many of the first safaris were actually conducted by professional ivory hunters, mostly English upper crust residents of Kenya, Tanzania and Uganda, who collected thousands of elephant tusks to be turned into piano keys and billiard balls in Europe. The most famous was Frederick Selous, who became the model for Allan Quartermain, the hero in H. Rider Haggard’s adventure story, King Solomon’s Mines. (In the Hollywood version, he is played by the stalwart Stewart Granger). Leisure travelers soon followed. In 1892, the British aristocrats Lord Randolph Churchill went on safari and brought with him 20 tons of baggage, including a piano and a dozen crates of Bollinger champagne. A few years later, former US president Teddy Roosevelt stalked East Africa for nine months accompanied by 500 Swahili porters, shooting some 4,900 mammals, 4,000 birds and 2,000 reptiles for the Smithsonian Museum. But perhaps the most influential expedition is the least known today. In 1903, an obsessive young German named C.G. Schillings led the first ‘photo-safari’ in history. Instead of high-powered rifles, Schilling’s porters lugged enormous crates full of unwieldy camera equipment and glass plate negatives (some of which were 16x20 inches). The low-tech photo shoot was not entirely a success. Kilos of magnesium powder were needed for the flashes that would illuminate each photo, even during the day. Schillings’ camera lenses were so short that he had to use live cows as bait, to attract lions within shooting range. But he started a trend. While hunting safaris continued to be popular even into the 1960s, wildlife is now protected in East Africa. Visitors now roar along the dirt trails in 4WD jeeps, wielding 200 mm Nikon lenses instead of Winchester rifles. Even the most amateur shutterbug can capture better photos than poor Herr Schillings – although perhaps with less of a story to tell. 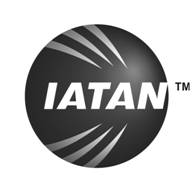